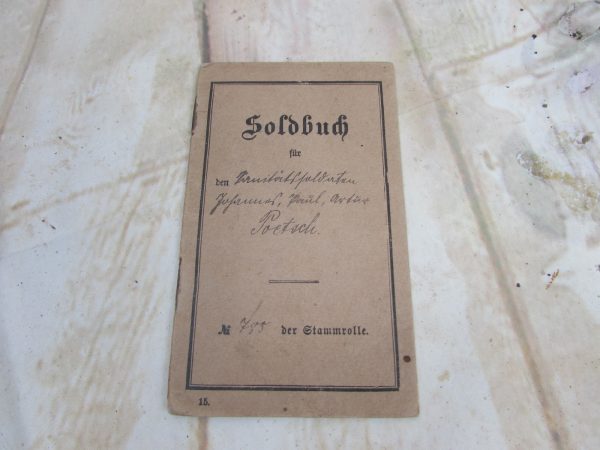 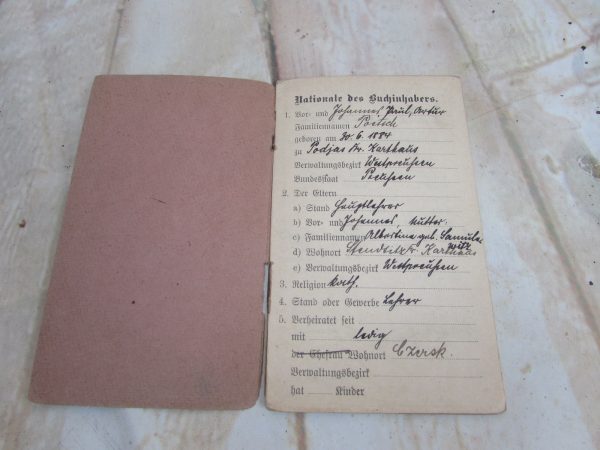 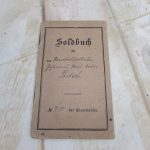 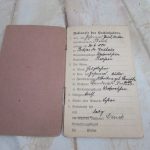 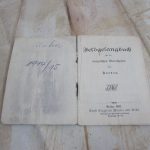 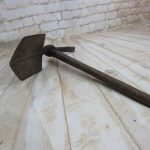 The Soldbuch served as a form of identification and record keeping . it was the standard identity document in the German military, issued to every man . It allowed the owner to draw pay , prove he had permission for leave , recorded what equipment he had been issued , and identified his current and former units.