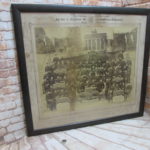 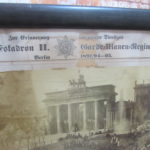 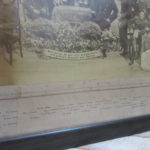 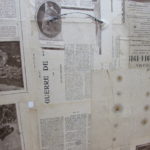 The background of the photo is showing the Brandenburg gate, inc other buildings and a horse and trap with officers inside.

The names of all the men in the photo are written at the base of the picture, which gives real great insight and depth to the picture.

There are some water marks and some slight fading to the picture.