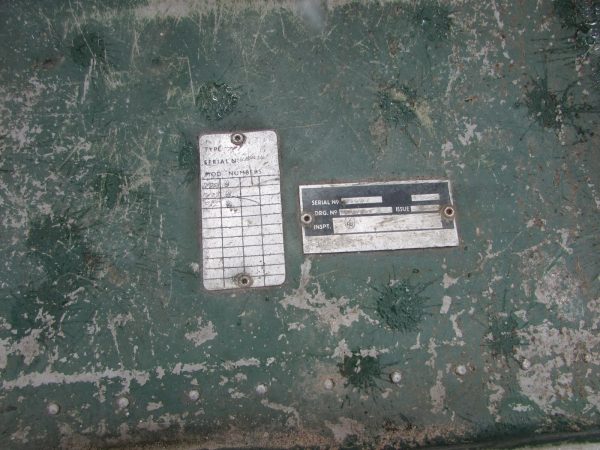 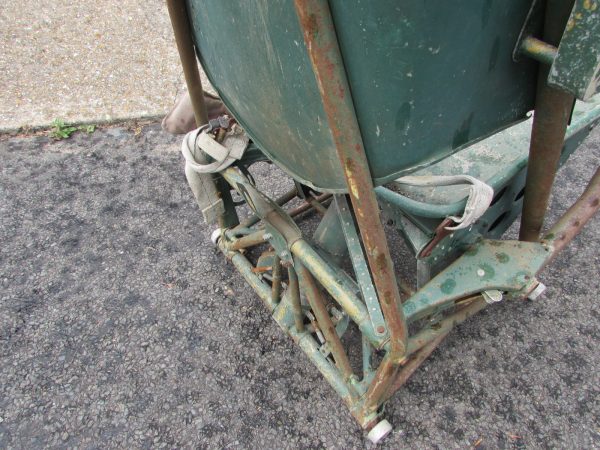 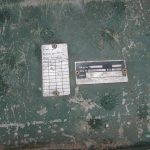 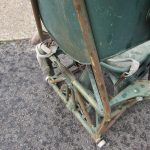 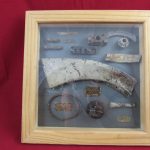 Found in a workshop is this Vickers Viscount  crew seat of the 1950s. crew seat , intact condition .

Runners to the base of which enables the crew to slide the seat backwards and forwards for ease of access and to leave. There is no upholstery to this piece as some were detachable , the seat comes with its original harness belt and buckle, see photo’s.

The seat is all in its original livery or paint., foldable arms, and locking arm at the side .

This seat is as i found so needs a good oil to free up areas and a good clean , but its a good survivor from one of the famous Viscount aircraft of the 50s era.

the chair I’ve been informed is model no 701.

The Vickers Viscount is a British medium-range turboprop airliner first flown in 1948 by Vickers-Armstrongs. A design requirement from the Brabazon Committee, it entered service in 1953 and was the first turboprop-powered airliner.

The Vickers Viscount was well received by the public for its cabin conditions, which included pressurisation, reductions in vibration and noise, and panoramic windows. It became one of the most successful and profitable of the first post-war transport aircraft;[1] 445 Viscounts were built for a range of international customers, including in North America.

The Viscount was a response to the 1943 Brabazon Committee’s proposed Type II design for a post-war small medium-range pressurised aircraft to fly less-travelled routes, carrying 24 passengers up to 1,750 mi (2,816 km) at 200 mph (320 km/h).[2] During discussions between the committee and Vickers’ chief designer, Rex Pierson, Vickers advocated turboprop power. The committee was not convinced and split the specification into two types, the Type IIA using piston power, which led to the Airspeed Ambassador, and the turboprop-powered Type IIB which Vickers was selected to develop in April 1945.[3] British European Airways (BEA) was involved in the design and asked that the aircraft carry 32 passengers instead, but remained otherwise similar.

The first design in June 1945 was based on the Viking with four turboprop engines and 24 seats and designated the VC-2 or Type 453.[4] Later a double-bubble fuselage was proposed to give extra underfloor cargo space.[4][5] Neither was pressurised but it was soon realised that for economical operation an altitude above 20,000 ft (6,100 m) was needed. Thus pressurisation was required.