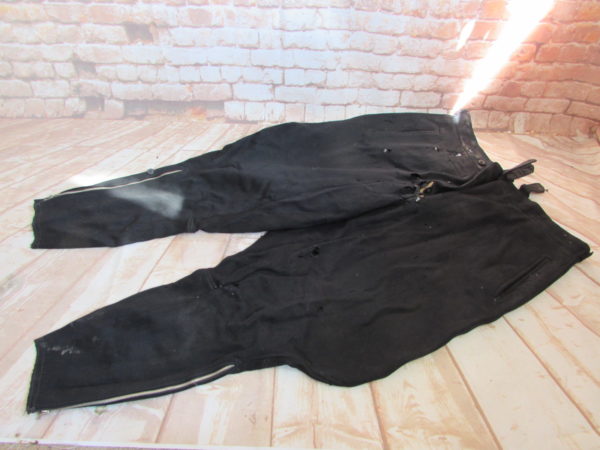 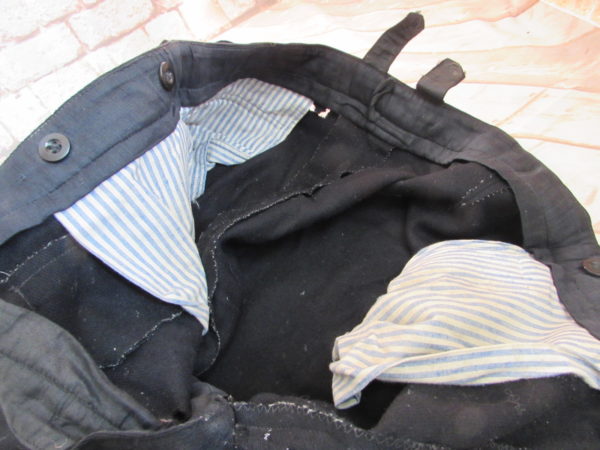 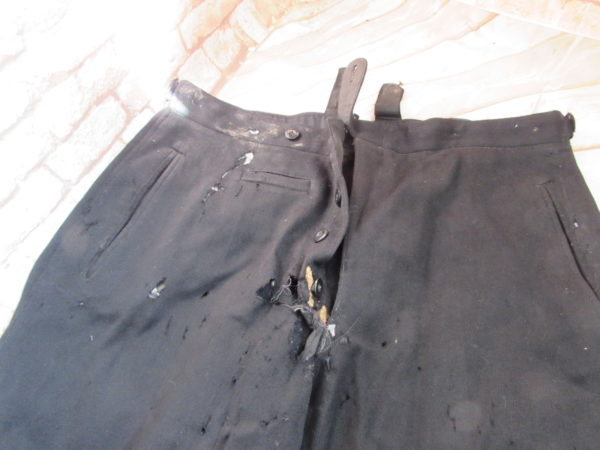 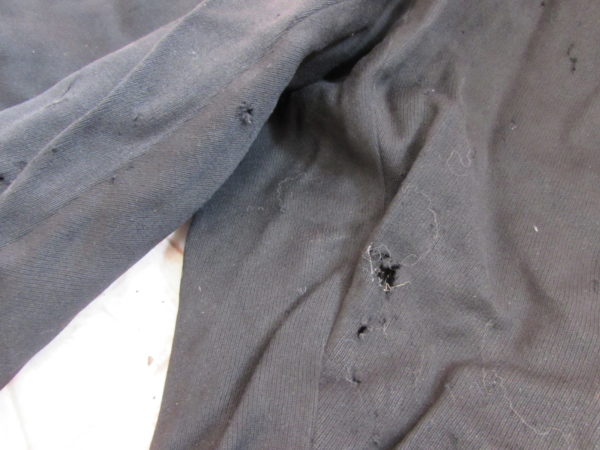 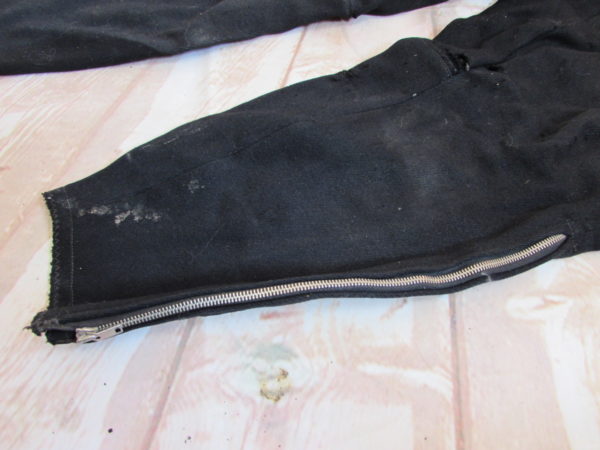 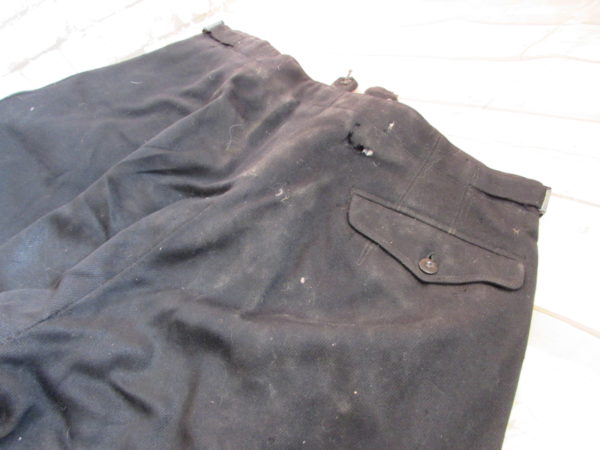 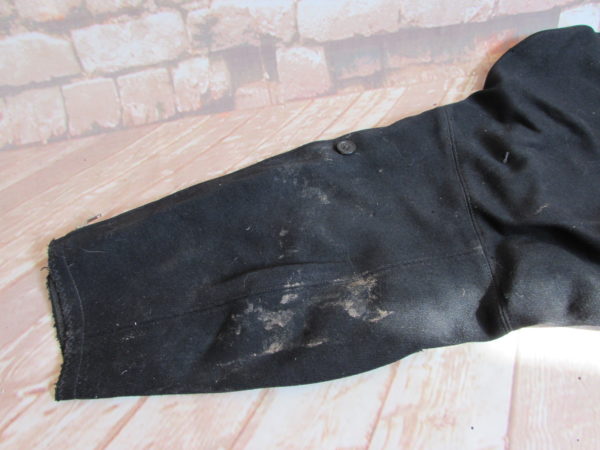 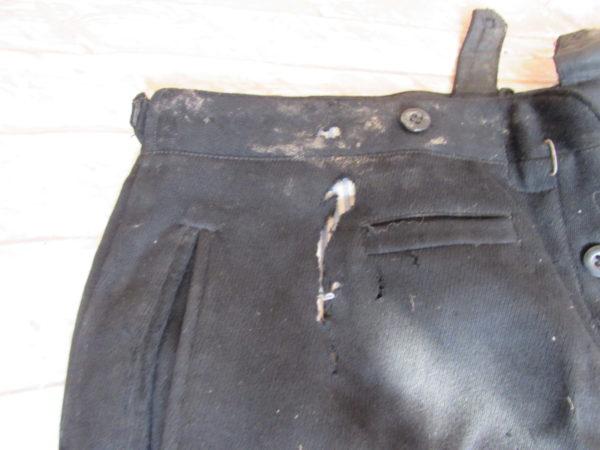 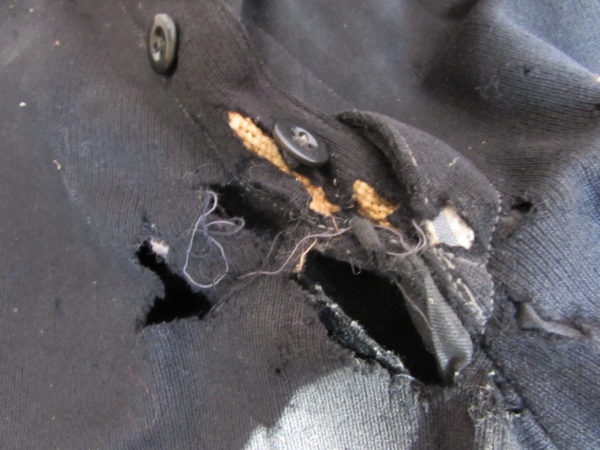 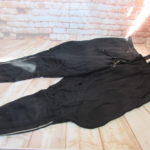 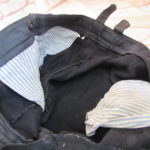 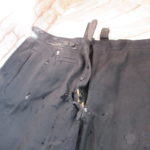 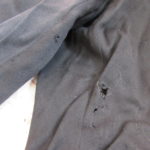 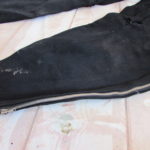 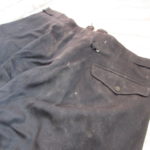 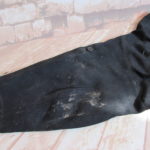 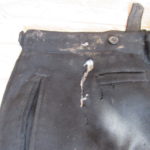 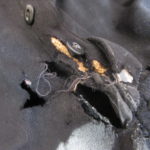 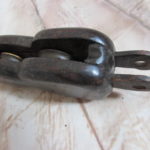 WW2 German Officer’s Breeches in black, They came out of a house clearance in Germany.

They are 34 in waist, with inside leg of 25″. Die to the age, they do have moth holes, which I have shown in the pictures.

These pair of WW2 German Officer’s Breeches have all of their original buttons and zips, tags, they have the original stripe lining to pocket areas

They also have the original backing to to waist line area, one rear pocket, two front side pockets , and one small fob pocket to front right.

These are a rare item.

In 1935 the Heer introduced a new service tunic for officers and senior NCOs. This was broadly similar to the other-ranks tunic, but differed in detail: the collar was of a taller, more pointed rise-and-fall type, the shoulders were padded, the sleeves had deep turnback cuffs, there was no internal suspension system or grommets for belt hooks, and there were two ramp-buttons at the back of the waist to support the belt. Since officers had to purchase their own uniforms, many of these tunics were either tailor-made or produced by gentlemen’s clothiers, and if purchased for service dress for the most part used high-quality wool gabardine (Trikot), doeskin or whipcord. For this reason the officers’ Dienstrock did not undergo the cost-saving changes which affected the enlisted M36, and kept its green collar and scalloped, pleated pockets throughout the war. After the Army authorized wearing the collar open with a necktie in 1943, some officers’ tunics were made with fixed lapels like the Luftwaffe Tuchrock.