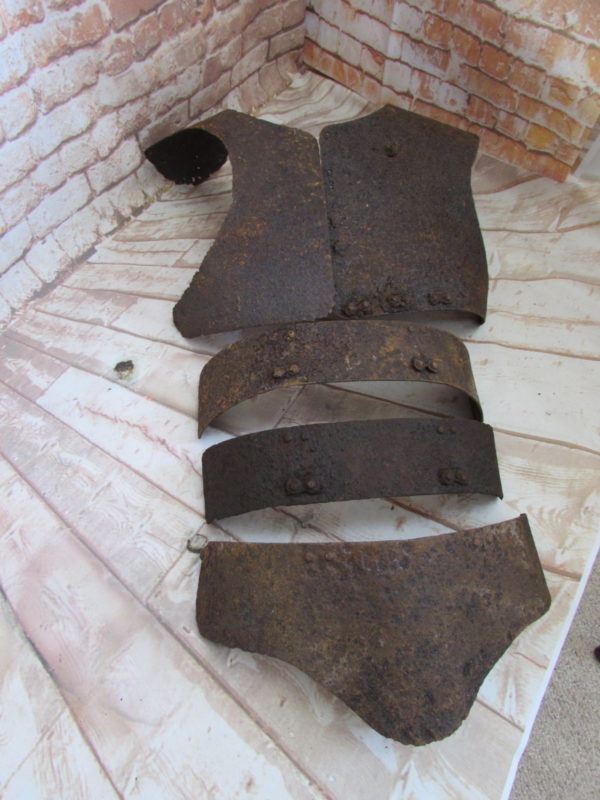 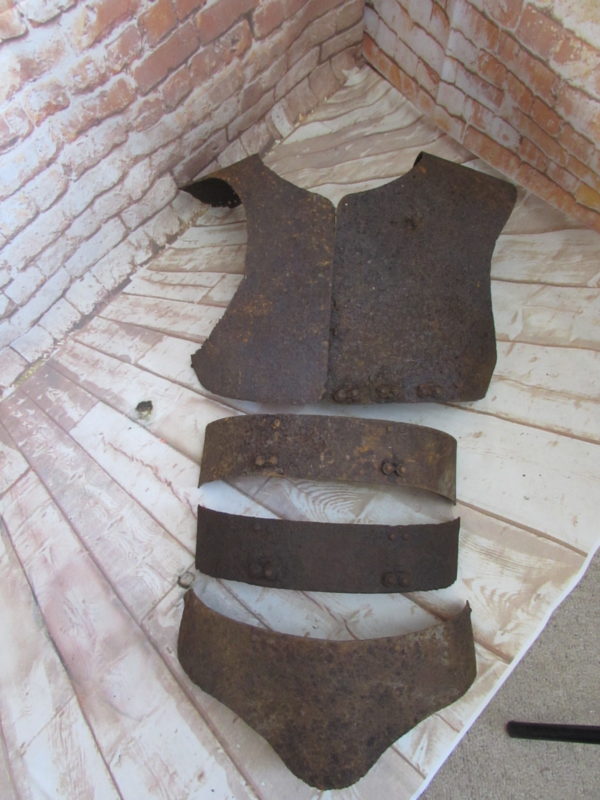 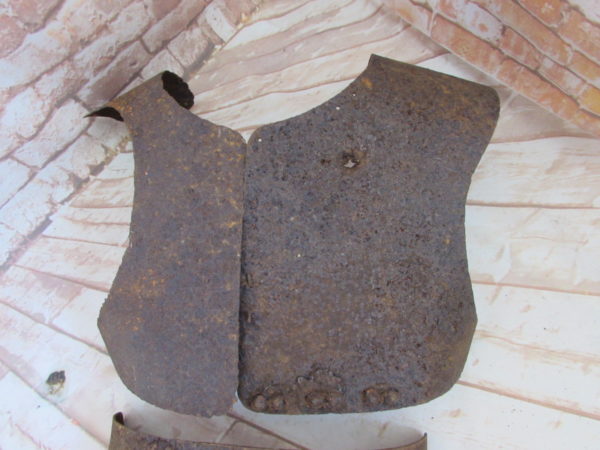 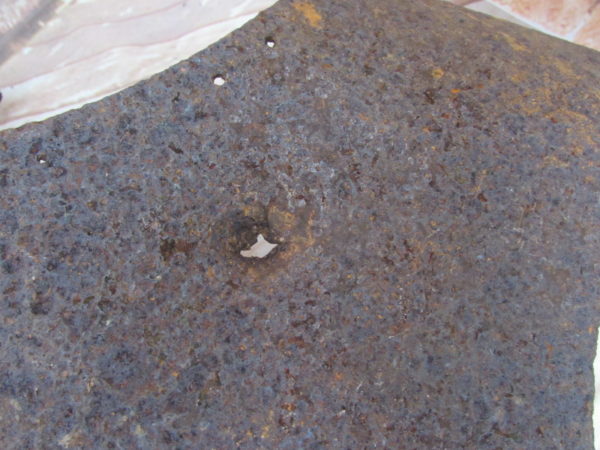 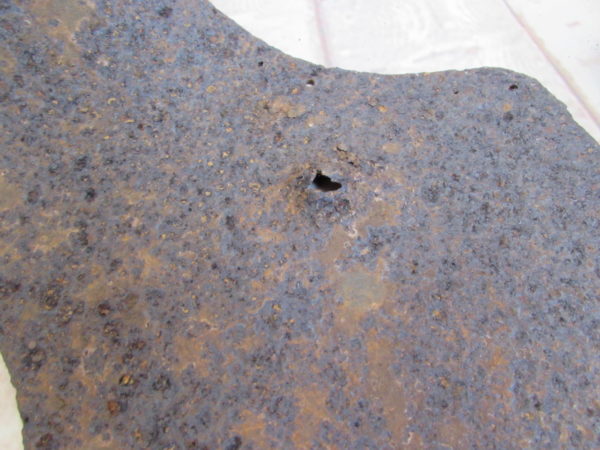 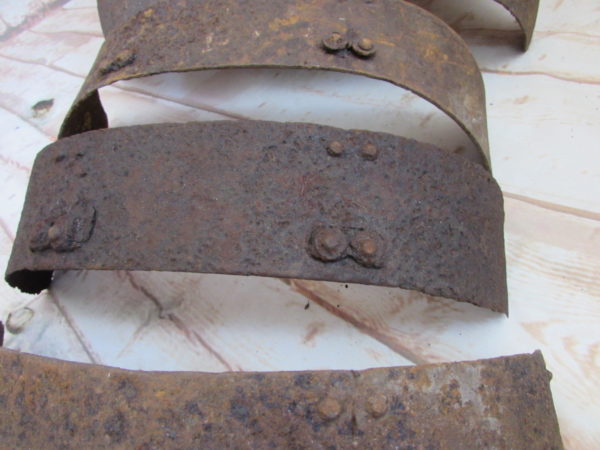 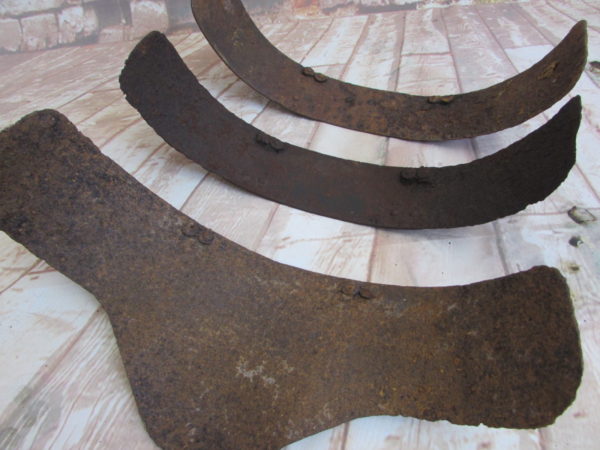 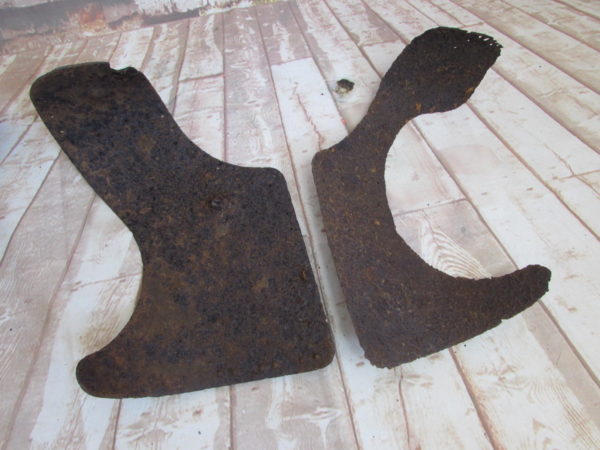 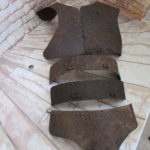 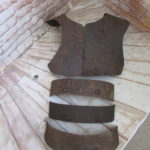 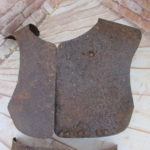 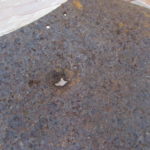 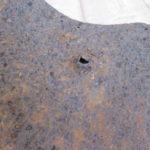 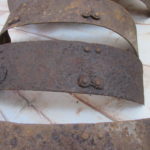 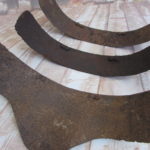 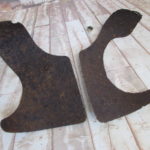 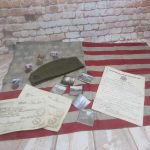 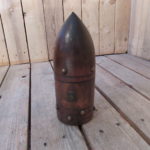 WW1 Tobacco container in the shape of an artillery shell

RUSSIAN BODY ARMOUR WW1. Very Rare. A large central shield which is made up of 4 pieces. Upper breast plate is formed of two parts, along with the middle and lower body which is in three sections. This was recovered from an area just south of where the Brusilov Offensive took place. This is all totally original. There is a bullet hole to left chest area, which can be seen in the pictures. This is in relic condition as came out of the ground, all pieces are in sound condition.

THIS ITEM IS FREE UK SHIPPING. FOR INTERNATIONAL BUYERS PLEASE CONTACT BEFORE PURCHASE

The Brusilov Offensive was also known as the June Advance, from June to September 1916, this was the Russian Empires greatest feat of arms during World War 1, and among the most lethal offensives in world history. It lasted 3 months and 16 days.

Brusilov Offensive, Brusilov Offensive, (4 June–10 August 1916), the largest Russian assault during World war 1 and one of the deadliest in history. At last the Russians had a capable commander, General Aleksey Brusilov, and in this offensive, he inflicted a defeat on Austro-Hungarian forces from which their empire never recovered.

It came, however, at a heavy price in terms of casualties, and Russia lacked the resources to exploit or repeat this success. The blow, when it fell on 4 June, appalled the Austrians who were unable to believe the Russians capable of such a massive and accurate assault. Russian shock troops led attacks that broke the Austrian lines on the first day. Soon the Austrians collapsed, and many Slav units, who had no love for their Hapsburg rulers, deserted en masse.

So many Austrian guns were captured that Russian factories were converted to manufacture shells for them.As Russian forces pushed into the Carpathian Mountains, it appeared Austria-Hungary would collapse, and the emperor was forced to beg for German help. Russian commanders in the north did not maintain the pressure on the Germans that Brusilov expected, so the Germans were able to send assistance that stabilized the front.

However, the blow to Hapsburg prestige was irreversible, especially among the Slav minorities, and Germany was forced to divert critical forces from the Western Front to the East.

Visit more of our Militaria by clicking here