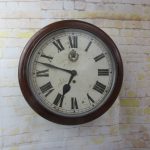 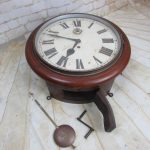 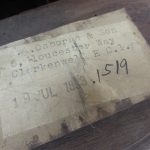 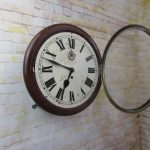 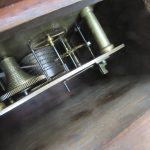 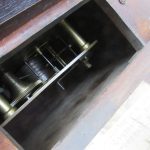 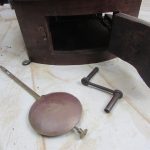 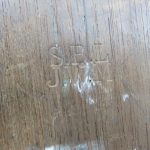 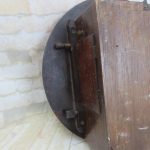 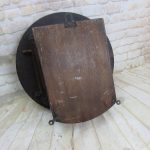 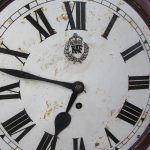 Mahogany case, with side door and base door for access to pendulum, brass rimed glass door. Clock movement has number 1331,this number also is on the pendulum. There is also the JWM,SBL initials on the brass movement and the back of the case.(see photo’s)

The mahogany main box fixes to the face by means of four wooden pegs.

On the side door is an original paper label from A. Osborne and sons  of Clerkenwell, which is dated 19 July 1939, (see photo’s)

All three fixings are still retained, and the clock comes with its original winder, and pendulum.

I have footage of the clock working,

Used in antique spring-powered mechanical watches and clocks, a fusee (from the French fusée, wire wound around a spindle) is a cone-shaped pulley with a helical groove around it, wound with a cord or chain which is attached to the mainspring barrel. Fusees were used from the 15th century to the early 20th century to improve timekeeping by equalizing the uneven pull of the mainspring as it ran down. Gawaine Baillie stated of the fusee, “Perhaps no problem in mechanics has ever been solved so simply and so perfectly.”[1

The mainspring is coiled around a stationary axle (arbor), inside a cylindrical box, the barrel. The force of the spring turns the barrel. In a fusee clock, the barrel turns the fusee by pulling on the chain, and the fusee turns the clock’s gears.