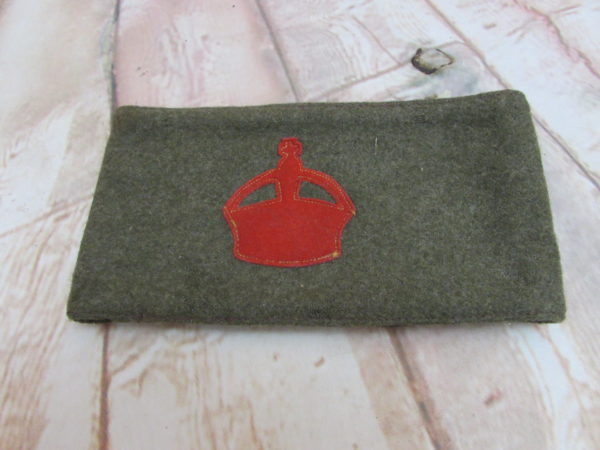 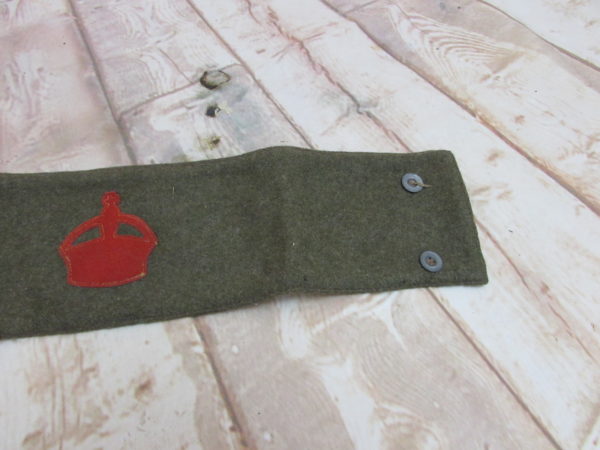 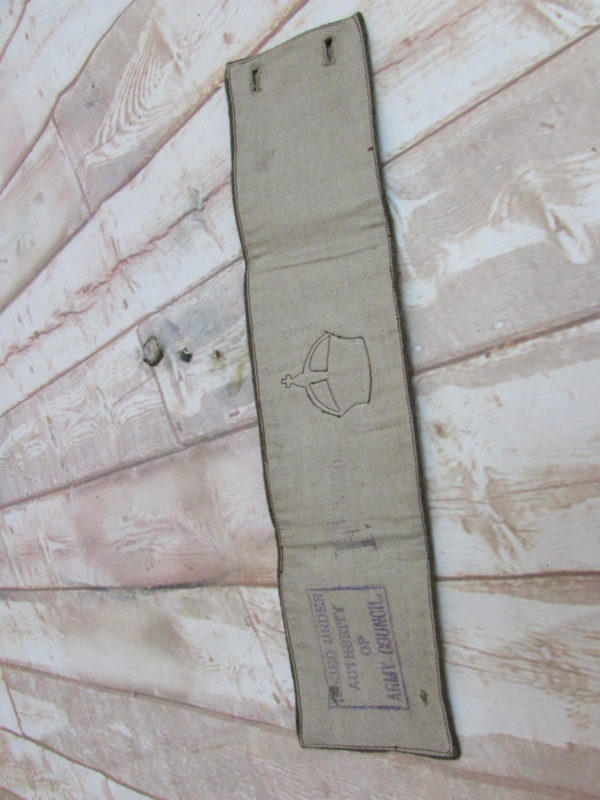 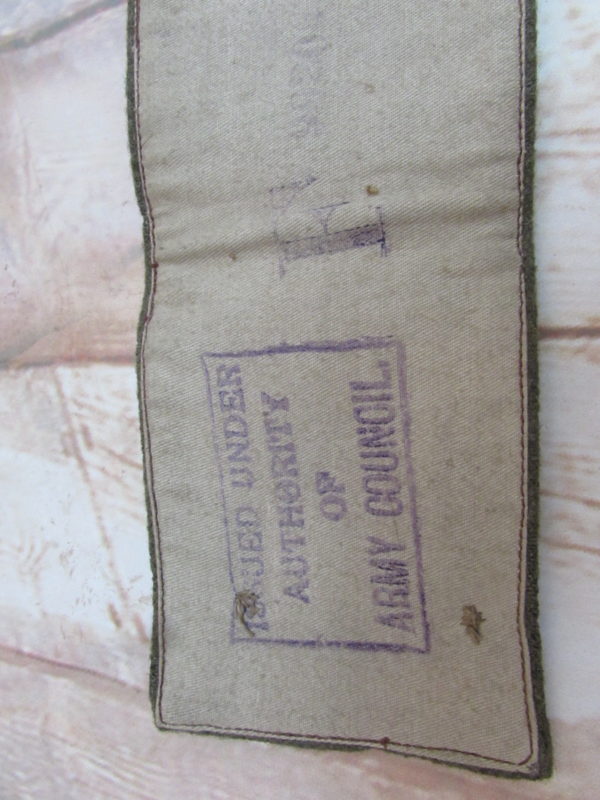 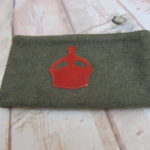 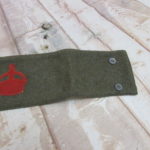 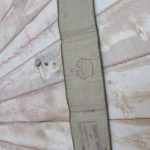 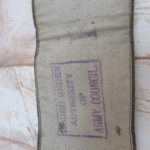 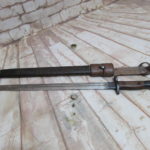 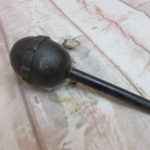 Brassard of the British , Derby scheme,made of Khaki cloth ( H9.5cm x 45cm) with red cloth embroidered King’s crown with stamp markings on reverse as follows ISSUED UNDER/ AUTHORITY/OF /ARMY COUNCIL’and F and number 9920. Derby scheme armband was worn with civilian clothes by men who had formally attested for Army Service. The scheme was introduced in October 1915 by Lord Derby it was a final attempt to avoid full conscription. Men aged between 18-41 were asked to attest their willingness to serve, on the understanding that all single men would be called up before the youngest married volunteers. By the scheme’s closing date of December 1915, more than a million single men had still failed to enlist, consequently compulsory military service was instituted in 1916.