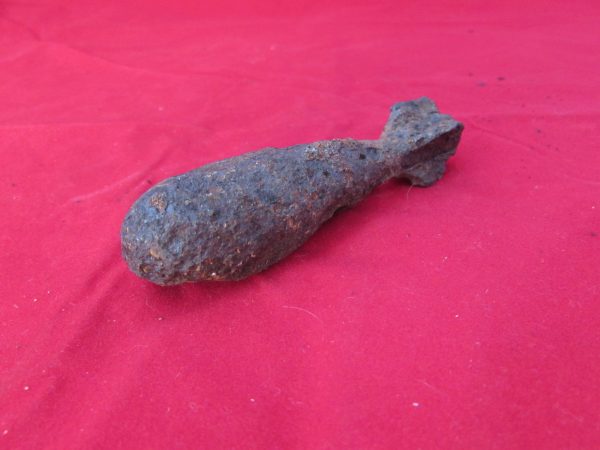 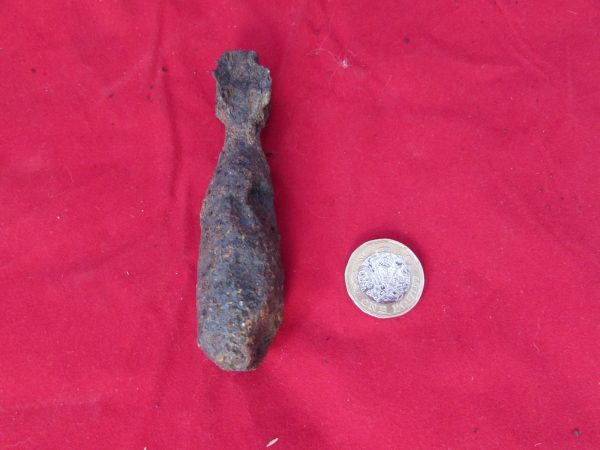 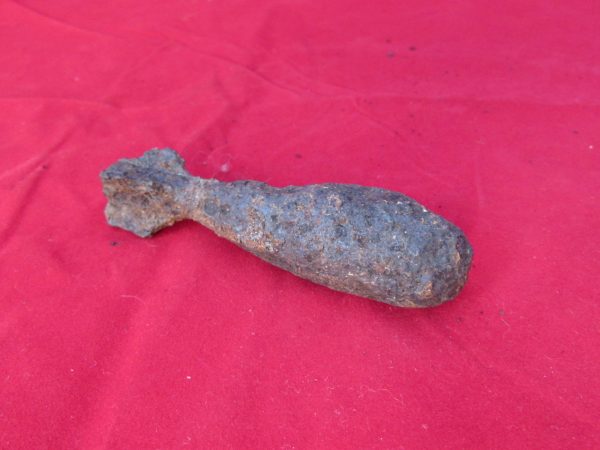 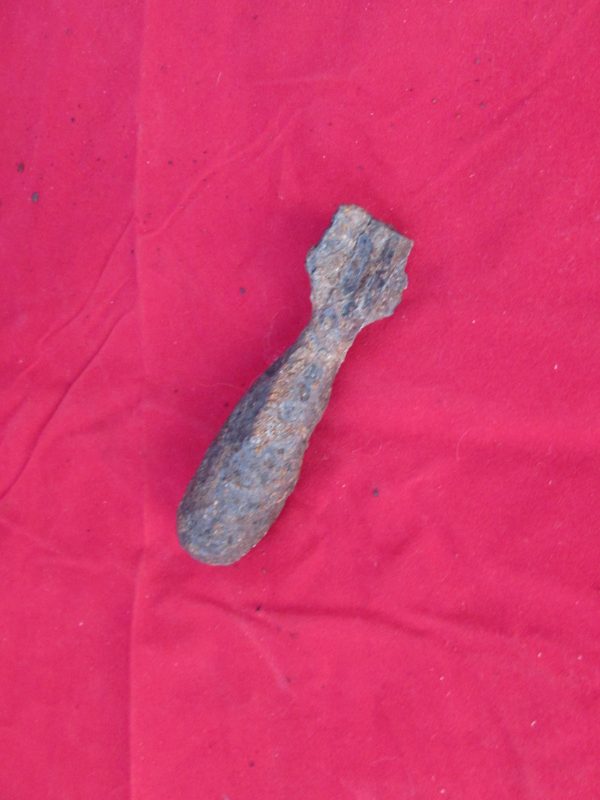 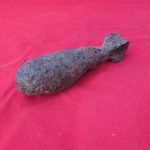 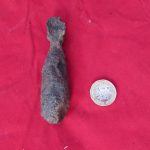 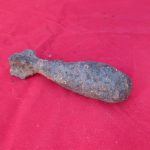 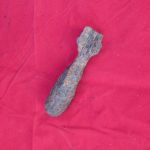 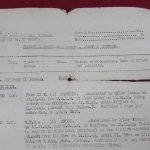 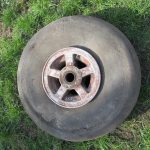 The Flechette is a steel projectile with a vaned tail for stable flight. The name comes from the French Flechette, meaning arrow or dart.

During WW1 many Flechettes were dropped from aircraft to attack infantry and were able3 to piece helmets.

This example is roughly 4 inches in length and of a heavy steel construction, with a fined tail.

flechette (/flɛˈʃɛt/ fleh-SHET) is a pointed steel projectile with a vaned tail for stable flight. The name comes from French fléchette, “little arrow” or “dart“, and sometimes retains the acute accent in English: fléchette. They have been used as ballistic weapons since World War I. Delivery systems and methods of launching flechettes vary, from a single shot, to thousands in a single explosive round. The use of flechettes as antipersonnel weapons has been controversial.[1]

During World War I, flechettes were dropped from aircraft to attack infantry and were able to pierce helmets.[2][3]

The weapons were designed to be dropped from an aircraft. They contained no explosive charge but as they fell they developed significant kinetic energy[5] making them lethal and able to easily penetrate soft cover such as jungle canopy, several inches of sand, or light armor.[6][full citation needed] Lazy Dog munitions were simple and cheap; they could be dropped in huge numbers in a single pass.[6][full citation needed] Though their effects were often no less indiscriminate than other projectiles[citation needed], they did not leave unexploded ordnance (UXO) that could be active years after a conflict ended. Lazy Dog projectiles were used primarily during the Korean and Vietnam Wars.[citation needed]