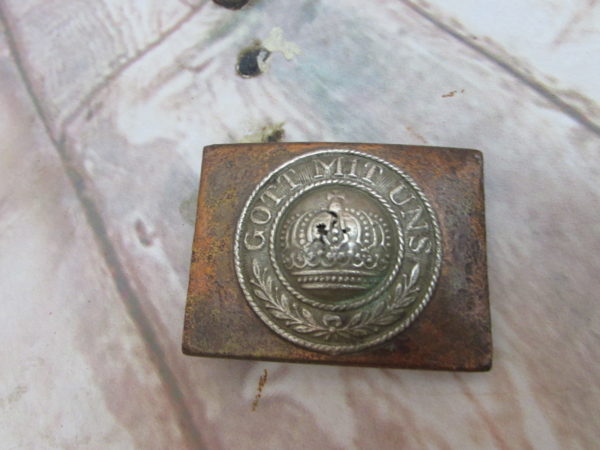 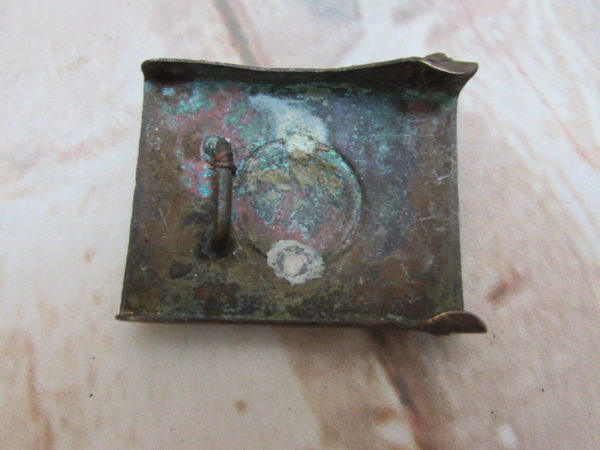 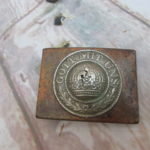 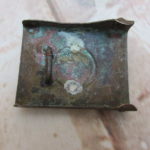 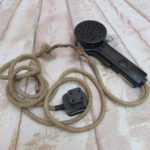 After January 1915, these buckles, which were also used by the Prussian – dominated states of Baden, Oldenburg, Hansa and Thuringia were made of zinc – plated sheet iron.

Originally the box buckles came in a 50mm width until 1895 when the width was reduced to 45mm in an attempt to lighten the weight load of the field gear.

Initially the buckles were produced of brass with nickel -silver face plate until 1914 when steel buckles were introduced. against the plain background is a domed centre with a dual rope-like border within which , against a ribbed background is “GOTT MITT UNS” God is with us and a spray of laurels.This item is in RELIC condition due to it being dug up from the Somme area and so the belt pin from the back is missing and there is some pitting holes to the crown on the front.

Visit more of our Militaria by clicking here