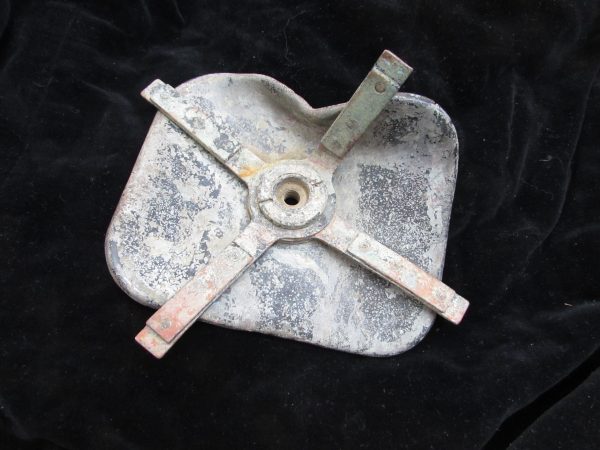 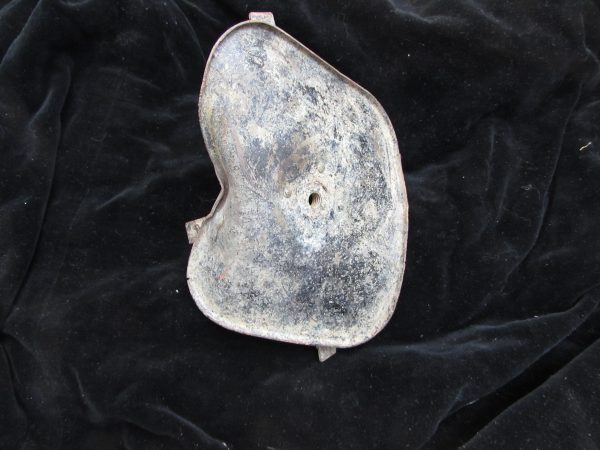 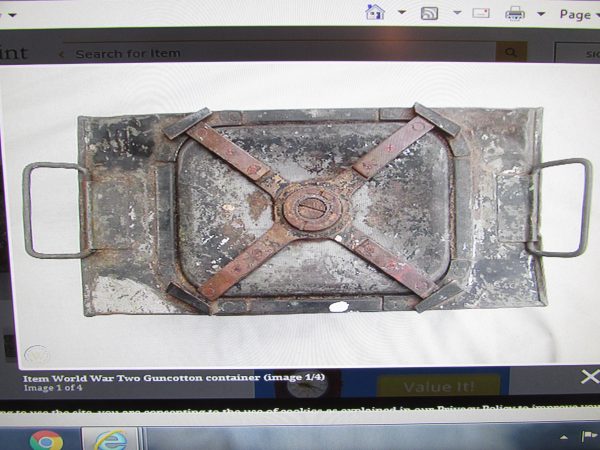 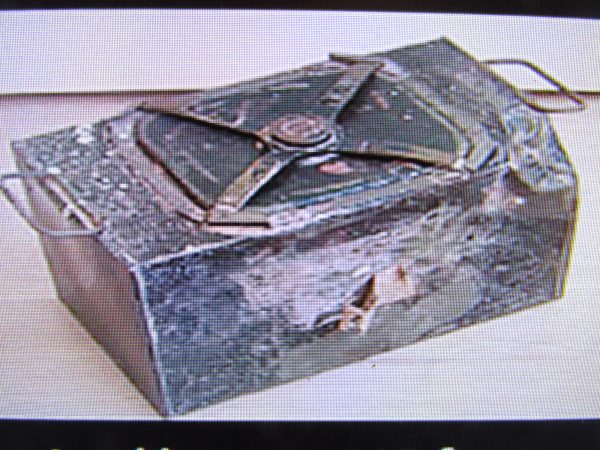 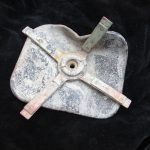 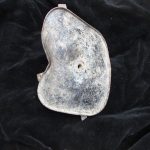 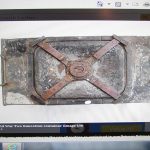 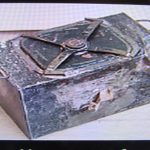 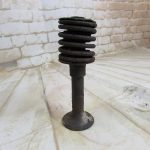 Relic condition , Gun Cotton tin lid from a dropped container, found in a field in Northern France. Very Scarce item , original piece. These containers contained gun cotton in slab form. This item is made of copper that has been plated then blackened.

These types of containers were used by S.O.E. operatives and were subsequently  dropped with arms into undesignated areas.

The Special Operations Executive (S.O.E) was a secret British World War II organisation. It was officially formed on 22 July 1940 under Minister of Economic Warfare Hugh Dalton, from the amalgamation of three existing secret organisations. Its purpose was to conduct espionage, sabotage and reconnaissance in occupied Europe (and later, also in occupied Southeast Asia) against the Axis powers, and to aid local resistance movements.

Few people were aware of S.O.E’s existence. Those who were part of it or liaised with it were sometimes referred to as the “Baker Street Irregulars“, after the location of its London headquarters. It was also known as “Churchill’s Secret Army” or the “Ministry of Ungentlemanly Warfare”. Its various branches, and sometimes the organisation as a whole, were concealed for security purposes behind names such as the “Joint Technical Board” or the “Inter-Service Research Bureau”, or fictitious branches of the Air Ministry, Admiralty or War Office.

S.O.E operated in all territories occupied or attacked by the Axis forces, except where demarcation lines were agreed with Britain’s principal Allies (the United States and the Soviet Union). It also made use of neutral territory on occasion or made plans and preparations in case neutral countries were attacked by the Axis. The organisation directly employed or controlled more than 13,000 people, about 3,200 of whom were women.