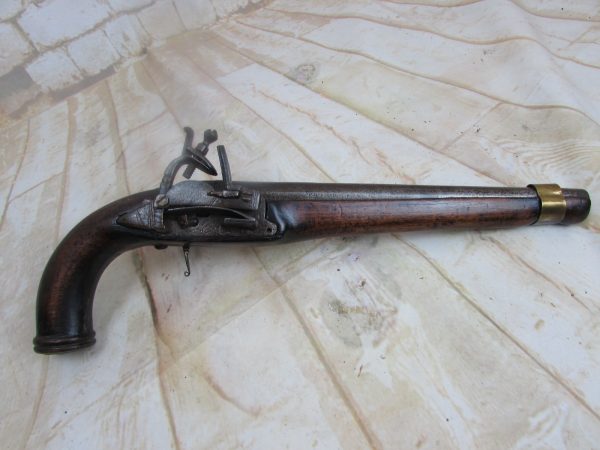 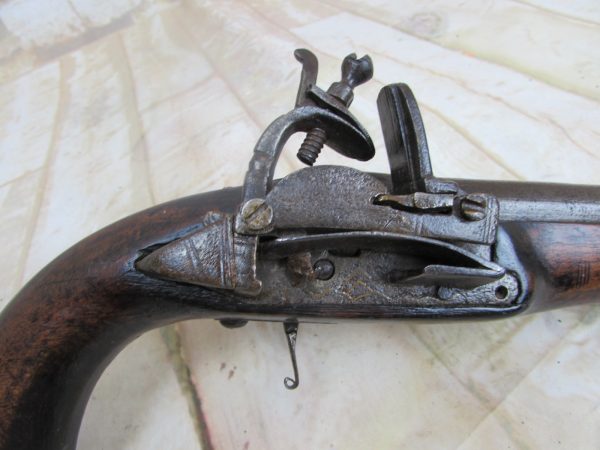 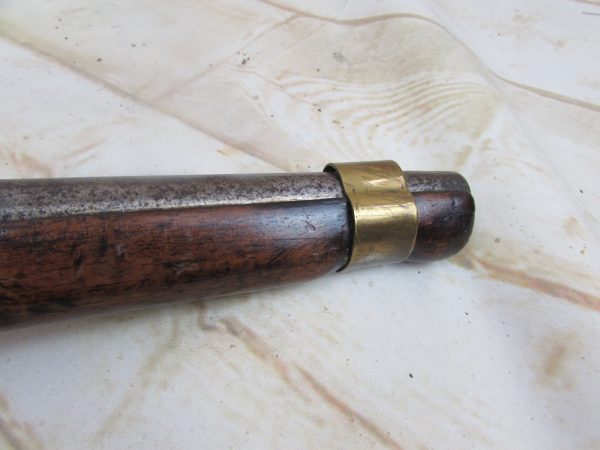 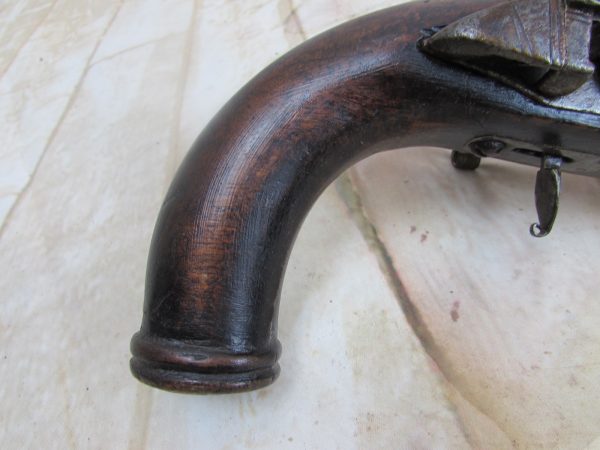 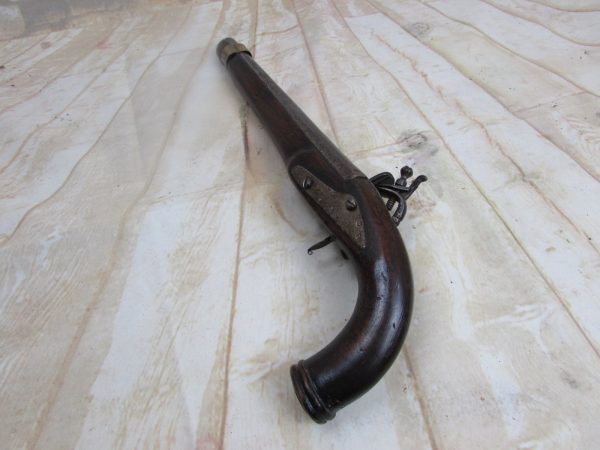 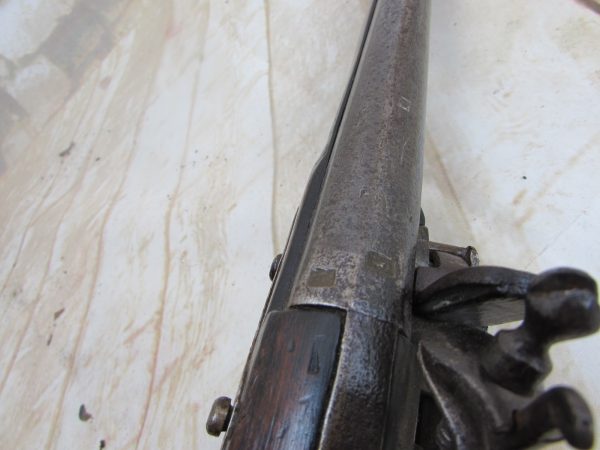 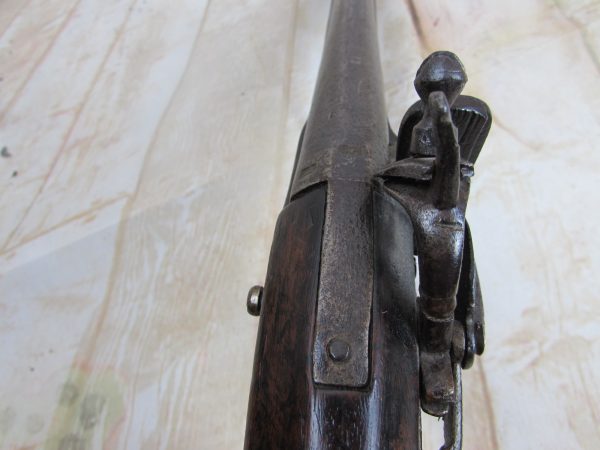 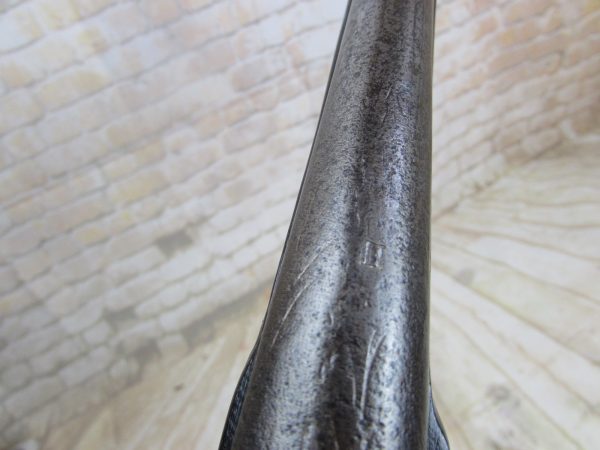 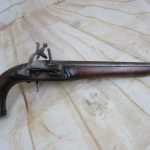 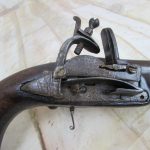 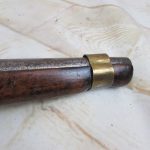 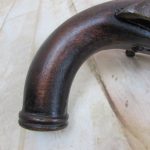 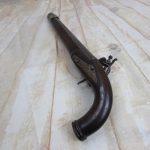 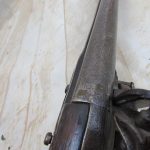 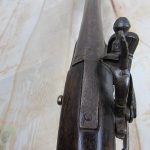 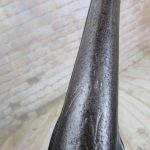 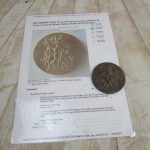 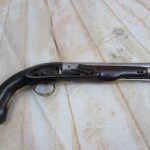 Good clean not messed around with piece.

Flintlock is a general term for any firearm that uses a flint striking ignition mechanism. The term may also apply to a particular form of the mechanism itself, also known as the true flintlock, that was introduced in the early 17th century, and gradually replaced earlier firearm-ignition technologies, such as the matchlock, the wheellock, and the earlier  mechanisms.

The true flintlock continued to be in common use for over two centuries, replaced by percussion cap and, later, the cartridge-based systems in the early-to-mid 19th century. Although long superseded by modern firearms, these weapons enjoy continuing popularity with black-powder shooting enthusiasts.

French court gunsmith Marin le Bourgeoys made a firearm incorporating a flintlock mechanism for King Louis XIII shortly after his accession to the throne in 1610.[1] However, firearms using some form of flint ignition mechanism had already been in use for over half a century. The first proto-flintlock was the snaplock, which was probably invented shortly before 1517 and was inarguably in use by 1547.[2] Their cost and delicacy limited their use; for example around 1662, only 1 in 6 firearms used by the British royal army was a snaphaunce, the rest being matchlocks.[3]
Thanks for subscribing!