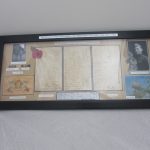 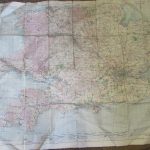 Nicely mounted onto a chrome up stand, all original except the wooden base , i had to replace as was broken beyond repair. The original base was a round one and was stepped the same , ive just used an egg shaped one instead., new green baize to base.

All original model, and mount stand and even the old screws.

The Bristol Blenheim is a British light bomber aircraft designed and built by the Bristol Aeroplane Company (Bristol) which was used extensively in the first two years of the Second World War, with examples still being used as trainers until the end of the war. Development began with the Type 142, a civil airliner, in response to a challenge from Lord Rothermere to produce the fastest commercial aircraft in Europe. The Type 142 first flew in April 1935, and the Air Ministry, impressed by its performance, ordered a modified design as the Type 142M for the Royal Air Force (RAF) as a bomber. Deliveries of the newly named Blenheim to RAF squadrons commenced on 10 March 1937. In service the Type 142M became the Blenheim Mk.I which would be developed into the longer Type 149, designated the Blenheim Mk.IV, except in Canada where Fairchild Canada built the Type 149 under licence as the Bolingbroke. The Type 160 Bisley was also developed from the Blenheim, but was already obsolete when it entered service.